skip to main | skip to sidebar

On the second (and final) day of the MSRI workshop, we had more talks, which I've attempted to summarize.  As always, please feel free to comment to correct what I got wrong and add things I didn't include!

Carlos reprised a talk about a subject Elwyn really enjoyed: finding a universal ruleset.  I didn't know this before, but this was a topic that Elwyn even inspired when he asked the question: What is the habitat of *2?  This means, which rulesets contain *2?  Even more general: which rulesets contain positions that equal all elements of the Short Conway Group?  Any such ruleset can be called "Universal".

Carlos mentioned multiple different procedural strategies he used to try to find such a ruleset.  Although, he could have come up with a new one, as he reasoned, "If I invent something, I am cheating."  So instead he attempted to use Amazons, Traffic Lights, Konane, then found victory with Generalized Konane, constructing everything in the SCG from that.  He was very happy that Generalized Konane already existed in CGSuite, so he could use it without "cheating".

Afterwards, Carlos spoke briefly about the supposed separation between recreational mathematics and "serious" mathematics, finishing with, "The opposite of fun is not serious."

Svenja talked about temperature and "How much urgency is necessary to play at a specific position.  This is the first talk where I really got an education about Thermography and thermographs.  Svenja's work uses thermic versions of hot games--which are games with the same temperature but with only one option for each player.

Svenja discussed the boiling point of Domineering and Elwyn's conjecture that it is 2.  There is a bunch of work on this, including an example position with temperature 2.  A new result here is that long "snakes" cannot have temperature above 3.

Unlike B-R Hackenbush, every Y-B Hackenbush position is dicotic.  Thus, all positions are infinitesimals.

Additionally, if playing a restricted version on stalks (path graphs), there are some cool simplifications you can do.  Neil has done work and solved the outcomes for the game, but not yet for the actual canonical form values.  This is something that Elwyn had left as an open problem.  Neil concluded by listing a bunch of open problems remaining with both Yellow-Brown and Blue-Red Hackenbush.

Richard spoke about Pic Arête, which is Dots & Boxes without the extra move for completing a box.  Though it's actually played like Strings-and-Coins.  The game was solved on the grid by Meyniel and Roudnoff in 1988.  Richard considered playing on a general graph.  It turns out that a French team (Blanc, Duchêne, and Gravier) solved this in 2006, except for some cases.  Apparently these solutions don't always find the optimal move, but find a move good enough to win anyways.

Richard extended this to say that each edge contains a game instead of a single move to cut it so that the edge doesn't disappear until the game there becomes { | }, or exactly zero.  Then the overall game uses the same scoring mechanism as Strings & Coins.  E.g. edge weight games of +1 and -1 give you a Blue-Red version of Pic Arête.  Richard showed some neat examples with simplications.

"I claim I solved it last night in a dream," Richard said of one of the problems he's looking at.

Mike talked about Beatty Sequences and Games, and actually found the values for positions using different values of alpha.  He then dove into the atomic weights. As Mike kept saying, a lot of this was just personal exercises he gave to himself to see what was going on.  He found a relationship to the atomic weights and the number of consecutive numbers in the Beatty sequences below the number.

Mike then turned his attention to Octal Games, using the octal codes to describe Beatty games.  These infinite octal codes cause interesting patterns of Grundy values that Mike plotted.  Beyond all this, Mike then took Beatty sequences in another direction, investigating a partizan variant of the Beatty game.  He discovered that Richard, Angela, Urban and other had already explained the Golden-Ratio version, so he looked at values and Reduced Canonical Forms of games based on other "Metallic Ratios", e.g. Silver, and Bronze.  (I didn't know these existed!)


David Wolfe: "Distinguishing Gamblers from Investors at the Blackjack Table"

David finished up the talks with some work back from 2002/2003.  He first started by explaining basic Blackjack strategies, then talked about how card counting can enter into the mix.  Counting perfectly can shift the advantage a player has from -.5% to +.5%  David wanted to try to gauge the skill of a player by watching them play.  He catered to us a bit by asking: "How can we assess the skill of people playing combinatorial games?"  He added that the whole thing could be extended to evaluate anyone working in a competitive "gaming" field.

Since the variance is very high, you need to watch a player for a long time in order to try to evaluate this.  Also, instead of awarding points for the money a player actually earns, you instead credit them for the expected value of each play.  This is then compared to the baseline strategy for the game that doesn't include card counting.  This was a really cool approach!


These talks have been an excellent tribute to Elwyn.  I was exposed to so much more about what he accomplished than I had known existed.  I'm really fortunate that I was able to attend this meeting.  I'm very appreciative to MSRI and all of the organizers, especially Aaron Siegel.
Posted by Kyle at 9:08 AM 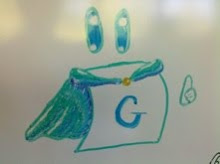 This blog is devoted to Combinatorial Game Theory! Combinatorial games are two-player games with no randomness, perfect information (no one has any hidden information) and no draws allowed, though sometimes topics stray into other types of games as well.

To keep track of some CGT facts I'm interested in, I set up this table of game properties.

Please let me know if you are interested in either writing a guest post or suggesting a topic. I would like this to be more reflective of CGT as a whole and not restrict it to my take on things. Additionally, please help me fill out the table of game properties, either by suggesting games or letting me know about results!

Gamesters and other Combinatorial Game Links

Future Topics (Which are most interesting to you?)

Kyle
Kyle got his PhD in computer science (and board games) from Boston University in 2009 and is now an assistant professor at Plymouth State in NH.

Search this CGT Blog. (You probably don't need this, but I use it a lot!) 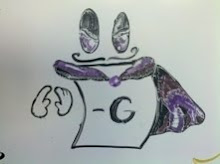